Helicopter film flight for Honda at the Nürburgring 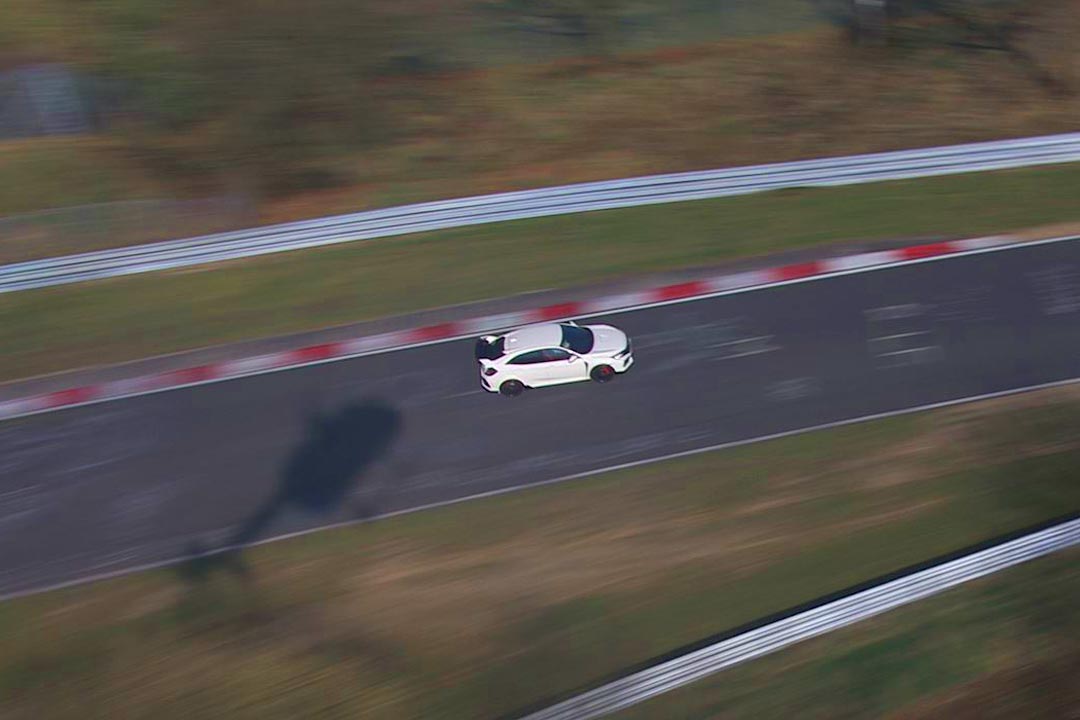 Under contract from the London-based video production company Stamp Productions, Deutsche Helikopter deployed a film helicopter at the Nürburgring in early April 2017. The background to the shoot was a lap record for the new Honda Civic Type-R 2017, which was to be captured on video.

Deutsche Helikopter has been tackling demanding film flight assignments at the 'Green Hell' for years – Honda as the final client was counting on our experience in handling the video production for the record attempt. The client was not disappointed: for this film flight we provided a manoeuvrable and powerful type BO 105 helicopter, complete with a cameraman with extensive experience of the Nürburgring, who is known worldwide for his impressive Formula 1 aerial footage. The video helicopter was equipped with a Cineflex camera system which included a Sony V14HD camera.

Of course, we obtained a low-flying permit from the relevant authorities in advance. Therefore, we were able to fly low above the racetrack and get very close to the test vehicle for the perfect aerial shots.

Our expert helicopter pilot flew the machine with impressive sensitivity and accuracy and always directed the film helicopter towards the racing car at the ideal angle. The cameraman's skilful camera work resulted in breath-taking aerial footage, which the production company edited into an exhilarating short film. See for yourself – here is the finished video!

We can make your filming flight a reality with the highest level of professionalism, delivering breath-taking images that exactly meet your expectations. Our team is available for you 24 hours a day and will be happy to advise you. Please contact us: