Filming from a Helicopter with a Tyler Mount

For a leading food-discounter, Deutsche-Helikopter filmed parts of the company in near Karlsruhe and in Cologne from the air. With the help of a Tyler camera mount that was attached to the side of the helicopter, the experienced pilot could easily film out of the aircraft while keeping his feet on the skids. 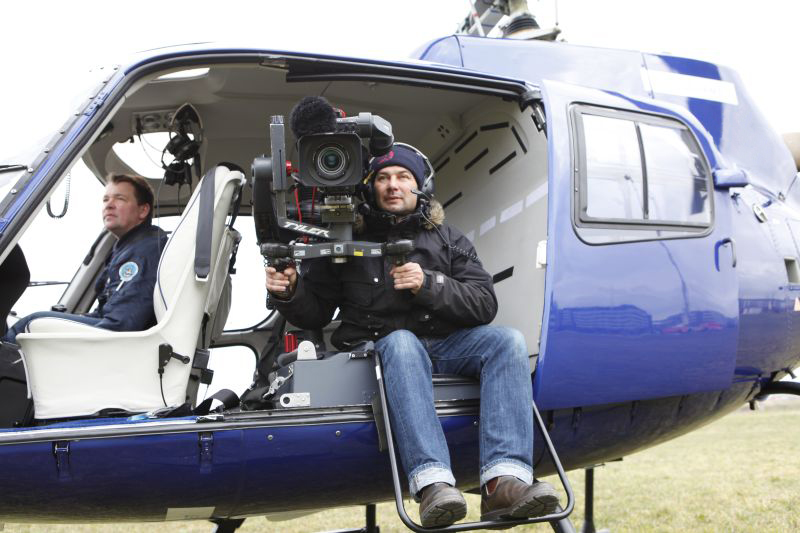 The film production company was highly satisfied. On only one day of shooting, the film helicopter was able to shoot over both regions within a few hours.